Go to the official site and click on the “Download AVI player for Mac”. When the download is done, install the package properly. Launch the free AVI player for Mac and add AVI content. There is a big box of “Open File” in the middle of the screen. Simply click it to search for AVI files and open.

Playing AVI files is one of the biggest worries for a Mac user. None of the four major Indeo codecs that are required to decode AVI files have been integrated into QuickTime. In some cases, even if the required codecs are available, the AVI video file does not play due to corruption. So, before we get to know how to play AVI files on Mac or how to fix AVI files that are not playing on Mac, let’s get a quick look at Audio Video Interleave (AVI) format.

What is an AVI file?

The full form of AVI is Audio Video Interleave. Like any video file format, AVI is a container format that defines how video data is packed into a file. Unlike other video formats, it does not predefine or specify the protocol or procedure involved while recording or creating a file. As an AVI file structure has the organizational format of streams and stream data, it is defined by two lists namely List Chunk and Index Chunk. 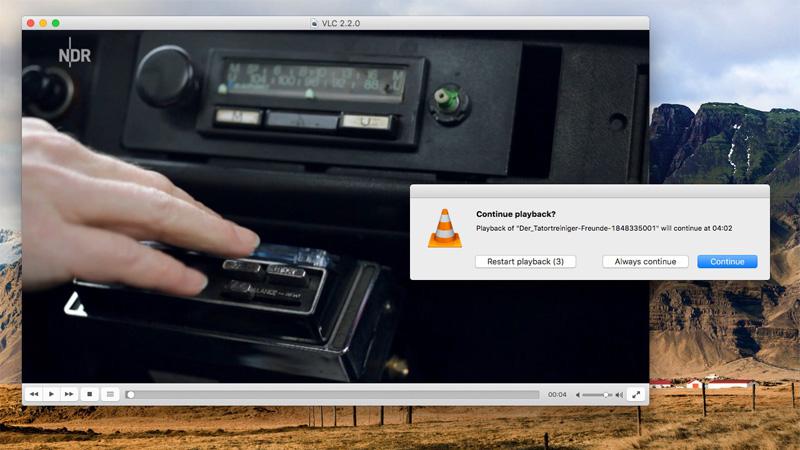 List Chunk: The list chunk has metadata, the size of the file, frame rates and audio/video information.

Index Chunk: Index chunk is responsible for saving the locations of data within the container.

Note: If any of these crucial chunks is missing in your AVI video file, then your AVI file will not play.

What is a Codec?

A codec that is short from for compressor and decompressor is responsible for decoding the video and audio tracks that have been encoded or packed in the .avi file.

It is to be noted that an AVI file or any video file does not come with codecs. Codecs are a part of the video player package like QuickTime.

However, if the codec used to encode the AVI file is not available in the QuickTime player, then your AVI file will not play. Thus, you can expand the codec library of the player by downloading the specific codec required to play the AVI video file.

When an AVI file is opened using QuickTime player, it scans the file to see which codecs have been used to encode the data in the container/AVI file.

The AVI format video will play as expected if the video and audio in codec are compressed using a codec that exists in the QuickTime package. Nevertheless, problems arise while playing AVI files on Mac when the codec does not exist in the library and leads to an unplayable AVI file on Mac. The file may also refuse to play if the AVI file is corrupt. Fix corrupt AVI files on Mac before trying any workaround.

Additionally, the latest version QuickTime X does not have a few major codec’s like Indeo or native DivX support and you might end up with the question “How to play unplayable AVI file on Mac?”.

Now that you have understood the complications associated with AVI files that are unplayable on Mac, the following workarounds mentioned-below have been provided to help you fix unplayable AVI videos on Mac.

Find the right codec to play AVI file on QuickTime:

The video file information is listed, and you will be able to find codec information after format properties. Check if the QuickTime version supports the codec that is listed in the video properties.

Note: Download the codec from genuine and trusted sources to avoid compromising your system security.

There are two major industry-standard codecs for Mac that can extend the playback capabilities. The following codecs have been referred to as the most preferred codecs that enable you to open .avi files on Mac:

Note: Only one among the above two codecs are to be used at once as they share the same set of library files to decode the video. Hence it is recommended to install only one codec to avoid malfunction of QuickTime player.

Use an Alternate player to Play AVI files on Mac:

VLC or Video LAN Client is a cross-platform media player that supports a wide variety of AVI video and audio codecs. Therefore, choosing VLC as an alternative media player to play the unplayable AVI file on Quick Time is one of the easiest ways.
Because of its large library of free encoding and decoding libraries, you will no longer need any additional codec download or proprietary plug-ins.

Another workaround to fix the unplayable AVI video on Mac is to convert the AVI file into a QuickTime supported file format like MOV.
Post conversion, the file is not only playable by Mac but also has improved the quality of audio and video. As most of the converters break the index of the AVI file while conversion, this method is least recommended. Lastly, if the converted video file stops playing halfway try AVI index repair on Mac.

Note: Have a copy of your AVI file before converting them to any other compatible format as your AVI file might get corrupt due to improper conversion and leads to permanent inaccessible AVI files.

AVI Still Not Playing In Mac?

If the AVI video file is unplayable even after updating the codecs or converting them to the MOV file, using a professional AVI video repair tool is suggested. Remo Repair AVI is the tool that you will be needing.

Remo Repair AVI fixes and works on a duplicate version of your original AVI file to prevent modification on the original file. The self-explanatory interface helps you to fix the video in just 3 clicks. Download the Remo Repair AVI tool now to fix your unplayable video and preview it for free before saving.

With the mentioned free workarounds or by using the above-mentioned AVI repair tool, you must have fixed your unplayable AVI videos on Mac. However, you can always make use of Remo Software’s technical assistance team as they will guide you with the repairing process of the software if needed.